Two of the biggest vacuum manufacturers are Vax and Dyson, and we’ve reviewed many models from each. But did you know the two were engaged in a fierce legal battle just five years ago? Here’s everything you need to know about what happened when these two giants clashed back in 2010.

Dyson has always had a reputation for pushing the boundaries of vacuum design. They were the first company to bring multi-cyclonic models to the mass markets, and their recent “Ball” design has certainly increased manoeuvrability.

This constant innovation has naturally led to the company needing to protect their trademarks – although not always successfully. Back in 2010, Dyson claimed that Vax’s Mach Zen vacuum was a copy of their DC02 model, which was originally released over a decade earlier. We’ve posted an image of each below so you can judge for yourself: 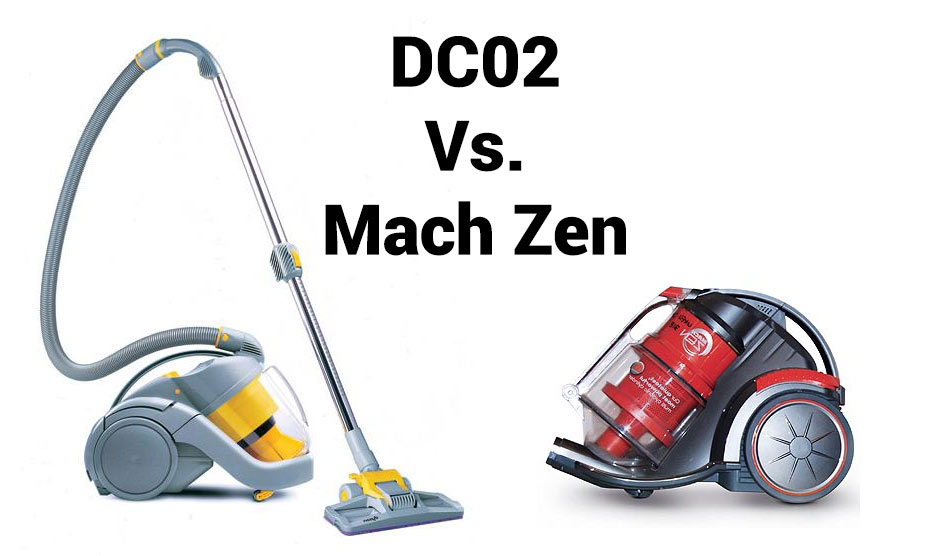 Dyson’s complaint was that the overall appearance and design of the Mach Zen was almost identical to the DC02. In their words, the model “flagrantly copied” the “iconic” design.

Unfortunately for Dyson, the Court of Appeal in the UK didn’t agree. On the 27th October 2011, the company’s claims were rejected.

As you would expect, this led to very different reactions from both sides. Vax’s managing director was quoted as saying he was “proud” of the company’s UK design time, and praised the appearance of the Mach Zen.

James Dyson, owner of Dyson, criticised Vax for “cashing-in” on the success of the DC02. He went on to say that his company had invested millions in innovating vacuum technology, and felt that the ruling undermined the UK design industry.

Dyson also added “There are plenty of other shapes that TTI could have chosen…Large round wheels, the angle of the clear bin, the line of the handle.”

This wasn’t the first or last time Dyson has used the courts to protect what it believes to be its trademarked designs. Back in 2006, Dyson successfully sued a company called Qualtex for selling vacuums which violated Dyson’s trademarks. In 2013, the company began legal proceedings against Samsung due to a steering mechanism in the tech giant’s latest model.

2 thoughts on “Vax’s Court Battle With Dyson: What You Need To Know”