The Dyson V6 Flexi is similar to the standard model, but comes with several extra tools and accessories. These are designed to make cleaning your home or car easier.

How does the Dyson V6 Flexi compare to other V6 versions though? And do the extra tools justify the higher price? Keep reading our Dyson V6 Flexi review to find out.

Tip: The Dyson V6 Flexi is no longer widely available in the UK. Check out the Dyson V7 series instead.

Overview of the Dyson V6 Flexi

In-Depth Look at the Flexi’s Features

Before we get to the review, it’s worth noting that in most respects the V6 Flexi is identical to the standard V6 model. It has the same motor, handheld mode, stick design and filter. There are a few differences though – especially the tools that are included. 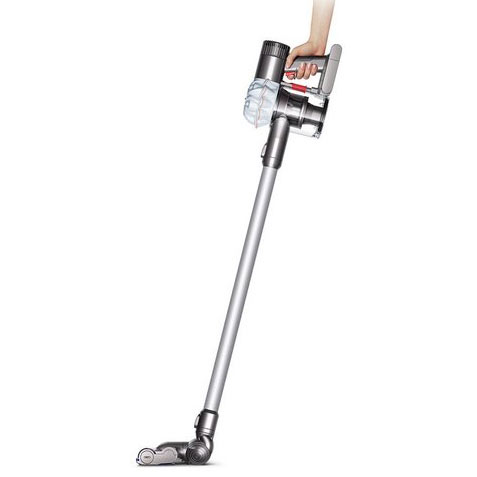 The V6 Flexi has the same design and appearance as other versions of the V6. It’s a stylish bagless vacuum cleaner with enough power to replace most upright vacs – although the run-time means it’s probably not suitable for a full-house clean (more on that later).

It’s a “handstick” vacuum, so it can convert to a handheld by detaching the tube. This is great for cleaning stairs and furniture, and makes the V6 one of the most versatile vacs on the market. Other vacuums have copied this feature (such as the Hoover FD22G) but we still think Dyson does it best.

Even when you’re not using the handheld mode, the V6 Flexi is highly portable due to its lightweight design. Weighing just 2.04kg, most people won’t have trouble carrying it around the home. Dyson has also included a re-designed V-Ball feature with the V6 range for increased mobility.

The V6, like other Dyson cordless vacuums, uses a trigger system. You need to hold down a button for the vacuum to work, and it switches off as soon as you let go. As we’ve mentioned in reviews of other V6 models, there are mixed views on this feature. Some people love it, as it extends the effective battery life by avoiding wasted power. Others don’t like holding a button down – especially during extended cleans.

Our opinion is that the trigger system makes sense for preserving battery life, but we wish Dyson had included a continuous option. Even so, the trigger is easy to press so it shouldn’t be an issue for most people.

One of the problems with cordless vacuums is that they usually have a small dust capacity. The V6 Flexi is around average in this regard, with a dust capacity of 0.4 litres. The advantage of a small bin is that it’s lightweight, although be prepared to empty it regularly.

Like all Dyson V6 models, the Flexi is powered by the company’s V6 motor and has two-tiers of radial cyclones. These combine to offer excellent airflow without loss of suction as the bin fills up.

In terms of suction power, the V6 series can rival many corded vacuum cleaners. The V6 motor spins at up to 110,000 RPM to provide a suction of 28 air-Watts. Switch it to “Max” mode and you get a full 100 air-Watts – albeit for a shorter battery run-time.

Cleaning performance isn’t all about suction power though. The V6 Flexi comes with Dyson’s carbon fibre motorised tool, which uses a powered brush bar to stir up dirt and dust. It doesn’t include the direct-drive tool found on the V6 Absolute though (amongst others). While the motorised tool still does a great job of getting rid of dirt, hair and dust, it’s not quite as effective as the direct-drive.

It’s still a highly effective vacuum though. When you test the Flexi, you’ll be impressed by its ability to pickup dirt and dust from carpets. It also does a great job on hard floors, so it’s a decent all-rounder.

A drawback to the excellent suction power is noise. The V6 is a loud cordless vac, so it’s probably not a good choice for late-night cleaning.

One of the biggest problems with the V6 range is battery life. When in “standard” mode, the run-time is around 20 minutes before needing to be recharged. This drops to 6 minutes in “Max” mode.

Whether this is a deal breaker depends on what you’re looking for. If you have a small house or flat, the 20 minute run-time is probably enough for a full clean. If you have a larger house but only need a cordless vacuum for quick cleans, then it also won’t be an issue.

For full-house cleaning, however, 20 minutes simply isn’t enough. We recommend looking at the more expensive V8 Absolute vacuum instead.

The good news is that the charge time of 3.5 hours is relatively short for a cordless vacuum cleaner. If you use the docking station to store the vacuum, you also won’t need to worry about it having no battery when you need it.

The primary V6 Flexi filter is the 15 cyclones. These spin air in a circular pattern to separate dust, dirt and other particles.

A washable filter is also included. You’ll need to keep this clean to maintain suction power, although it should last the lifetime of the machine.

While the filter system does a decent job of removing fine dust and other allergens, we don’t recommend the V6 Flexi for people with severe allergies. The bagless design and unhygienic emptying system (see below) mean dust can escape when emptying it.

The V6 Flexi has a simple “trap door” emptying system. When you want to get rid of dirt and dust, a lever opens the bottom of the dust canister. In theory, the contents should drop out without you having to touch it.

In practice, however, the emptying process can be a messy business. Dust and dirt often gets trapped in the container, so the only way to remove it is with your hands. This is unpleasant, but could also trigger allergy symptoms if you have a dust allergy. Dyson has fixed this in their newer V7 and V8 ranges, but the V6 only has a basic emptying system. 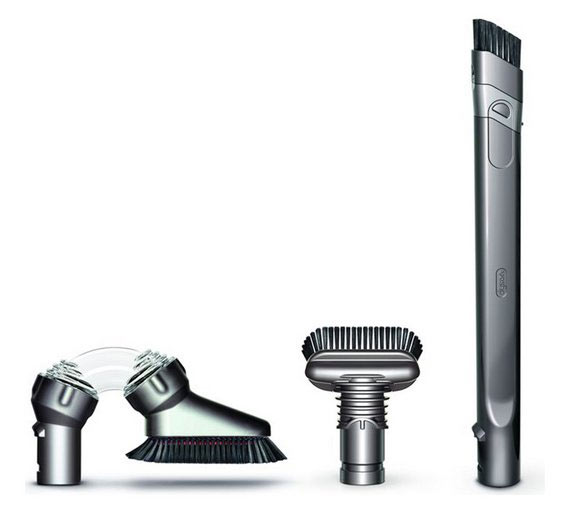 Tools are where the Dyson V6 Flexi really shines. Along with the standard combination tools that come with the basic V6, you also get an “Up Top” tool, flexi-crevice tool and stubborn dirt brush. Dyson accessories always feel high-quality and clip together easily, which makes the Flexi easy and convenient to use.

Here’s a quick overview of the extra tools:

As we mentioned in our Dyson V6 comparison chart, the V6 is already a versatile vacuum cleaner – so are these tools really worth the extra money?

The answer depends on how often you’ll use them. The stubborn dirt brush is probably the most useful. Once dirt dries into carpets, you often need more friction than the bristles on a floor head can provide – but most vacuums don’t have a stubborn brush.

You probably won’t use the other tools as much, but they are still useful to have. The up top tool is great for the occasional clean above furniture – and this is particularly important if someone in your home suffers from a dust allergy. The flexi crevice tool is the one you’ll use the least, but when you need it, you’ll be glad to have it.

It’s disappointing that a mini-motorised tool isn’t included with the Flexi though. Dyson includes this tool with the Animal, Absolute and various other V6 versions, and it’s great for cleaning pet hair from sofas or stairs.

Aside from its extra cleaning tools, the V6 Flexi also comes with a docking station. This can be fixed to a wall and used as a charger, so the vacuum is always be ready to go. 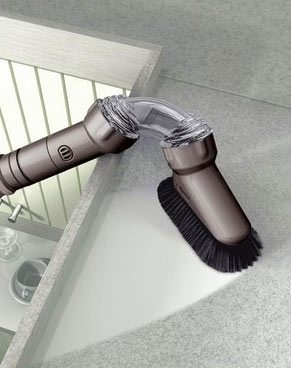 As you would expect from a Dyson vacuum cleaner, the V6 Flexi isn’t cheap. The V6 range is the cheapest currently sold by Dyson though, so the price isn’t as eye-watering as the V7 or V8.

In our opinion, the V6 series, as a whole, is worth the money. The powerful suction power and handstick design make it a convenient choice for home cleaning – even if the battery life is relatively short.

Is the Dyson V6 Flexi worth the extra money though? This entirely depends on whether you need the extra tools, as in other ways the Flexi is identical to the standard V6. It also depends on where you buy from, as the price varies greatly. We recommend checking the price on sites such as Argos and Currys to ensure you get the best price.

The biggest difference between the various V6 models is the tools and floor heads. We have a detailed guide to the V6 here, but here’s a quick overview:

The Dyson V6 Flexi is one of the most versatile cordless vacuum cleaners on the market. It has the same features as the V6 Standard, but comes with extra tools to make it easier to clean almost anywhere in the home.

There are a few drawbacks to the V6 Flexi though. Some of these issues affect all models in the V6 series, such as the short 20-minute run-time and unhygienic bin emptying system. Others are specific to the Flexi, such as the lack of a mini motorised tool (which is a big disappointment for pet owners) and slightly more expensive price than the standard V6.

Even with those drawbacks though, the V6 Flexi is an outstanding cordless vacuum cleaner. The extra tools are genuinely useful for cleaning awkward areas, while the powerful suction does a great job on carpets and hard floors.

To summarise, if you don’t own pets and don’t need more than 20 minutes run-time, the V6 Flexi is a great choice. If you have pets, go for a V6 model with a mini motorised tool, or for longer battery life the V7 or V8.

2 thoughts on “Dyson V6 Flexi Handstick Vacuum Review – More Tools But Is It Worth The Money?”