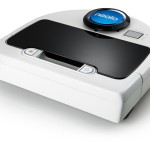 The Neato Botvac D75 robot vacuum is a stylish model with a number of interesting features. Despite the company’s lack of experience, Neato have produced a high-quality robot vacuum with an advanced navigation system, effective vacuum suction and D-design that allows the Botvac D75 to reach areas other robot vacuums can’t.

We’re very excited about reviewing this model, as it’s received excellent feedback from buyers. Even so, it’s vital to look closely at all aspects of a robot vacuum – especially if it’s built by company without the experience of brands such as iRobot. In this Botvac D75 review, we’re going to take you through the features of the vacuum, before providing an overview of what buyers have said about the product. Let’s get started!

So it’s clear that the Neato has some interesting features – but is it worth the money? Or are you better off buying one of the many robot vacuum cleaners built by more established brands? Let’s find out.

Despite its somewhat geeky name, the Neato has a stylish and futuristic appearance. We especially like how the model’s D-Shaped design allows it to get into corners more easily than other robot vacuums.

In addition, the shape means the vacuum has a 50% larger brush than circular models. This leads to faster cleaning and an ability to reach within 10mm of a wall.

The Neato Botvac D75 has strong suction for a robot vacuum. Like any robot model, it can’t rival an upright or cylinder model when it comes to power. But the ability to pick up larger substances, such as cereal and dried grass, is a step up from weaker robot vacuums.

This suction power is mainly derived from the SpinFlow system. This system combines of precise brushes and powerful suction to pick up more dust and dirt than other robot vacuums.

As far as we could tell, the Neato doesn’t have a dirt detection system for giving greater attention to dirty areas. While this is a downside, the methodical navigation system should counteract it to a certain extent.

One of the major selling points of the Neato Botvac D75 is its advanced navigation system. The first robot vacuums (and many cheaper ones today) have basic navigation, which means they just keep going until they bump into something, before changing direction.

The Neato doesn’t use this “bump and turn” method. Instead, its scanners map the room for objects and walls. It can then navigate around these obstacles without needing to bump into them (at least that’s the theory).

There are several advantages to this type of navigation system. The first is that it’s much more efficient. The Botvac D75 can finish a room up to four times quicker than models using a more basic navigation system. It also dramatically reduces the chance of your furniture being damaged by the vacuum.

As you’d expect from a robot vacuum in this price range, the Neato also has an in-built stair detector. This means it can be used upstairs without fear of falling.

The dust capacity of the Neato Botvac D75 is considerably larger than other robot vacuums. A capacity of 0.7L, while still small compared with regular vacuums, means you won’t have to empty the Neato as often.

We also like the easy-to-use magnetic boundary markers. While they aren’t as elegant as virtual walls, the four meters of bendable marker means you can create multiple “off-limits” areas. Examples of where you might want to use the boundary markers include doorways, around dog or cat bowls or in areas with lots of cords.

There are several options if you want to clean your home with the Neato Botvac D75 robot vacuum. These are:

While having a combination of schedule function and “on demand” cleaning isn’t anything new, these options add extra versatility to the Neato.

As an added bonus, the Neato doesn’t just return to its base when it needs to charge – but also remembers where it left off. This is another reason why the Neato is one of the most efficient robot vacuum cleaners on the market.

With an RRP of £400, the Neato is one of the more expensive we’ve reviewed in this category. It has received excellent reviews from buyers (more about that in a just a minute) and has some advanced features, so we think it justifies the price tag, but it’s too expensive to be an impulse buy.

A good way to judge value is to compare with a similar model. The Neato Botvac D75 robot vacuum is slightly more expensive than the AirCraft PILOT MAX, and they seem to have similar features. Both have advanced navigation systems and scheduling settings, although the Neato appears to have a larger dust capacity. The AirCraft, on the other hand, has a HEPA filter for better filtering of allergens and dust particles. Overall we think the price for the Neato is fair and provides good value for money.

As we mentioned earlier, the Neato Botvac D75 has received excellent reviews from buyers. It has a high average rating on shopping sites (at the time of writing in March 2016), which is a good indicator of quality. Here are some positive comments from buyers:

And now some negative comments:

The Neato Botvac D75 robot vacuum cleaner is one of our favourite models in this category. With its D-Shaped design, advanced navigation system, scheduling, reasonably large capacity and side brushes, it’s one of the most full-featured robot models.

While we would have liked to have seen a HEPA filter, and the boundary markers aren’t as easy to use as virtual walls, the Neato Botvac D75 is an option to consider if your budget can stretch to almost £400. Click here for the Neato Botvac’s price. 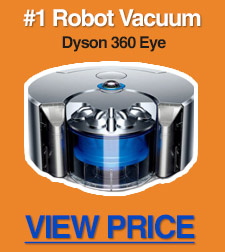 Site Navigation
Get In Touch